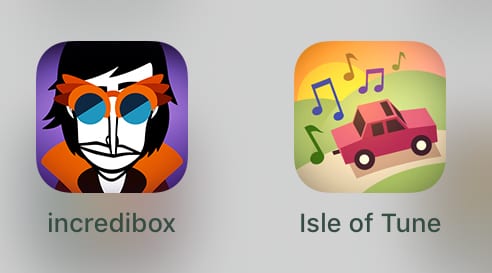 Our Middle School music teacher, Andrea White, finds amazing ways to teach our students about music theory and composition. These are two of the apps that she uses in her class. She also has shared a lesson for each. Be sure to check these out! The students love them and have learned so much about music because of interacting with these two apps! Here is how Andrea uses these apps:

Isle of Tune is a city builder app that allows students to create “sound cities.” They have to plan out where to put their rhythms and melodies to create complex songs as the cars around the tracks. I use it with 7th and 8th grade, and they have to use what’s called keyboard mode and write out the piano notes that they use. Before they are allowed to put it into Isle of Tune, they have to map out their sound cities on graph paper and decide if they think their layout is conducive to a balanced song.

Incredibox is a mixer app which allows students to create complex songs using beatboxing and voicing.  There are beats, effects, melodies, and voices. We discuss the importance of song balance. The students have to layer out what we call “Loops” to figure out what they want to put in at different points in the song.

What to write down today?? Beats will be written as a B and then add the number to corresponding shape ex:

How do I map out my song? You MUST use each category at least ONCE, your song has to take up FOUR rotations! You must have 28 symbols total for the bare minimum.