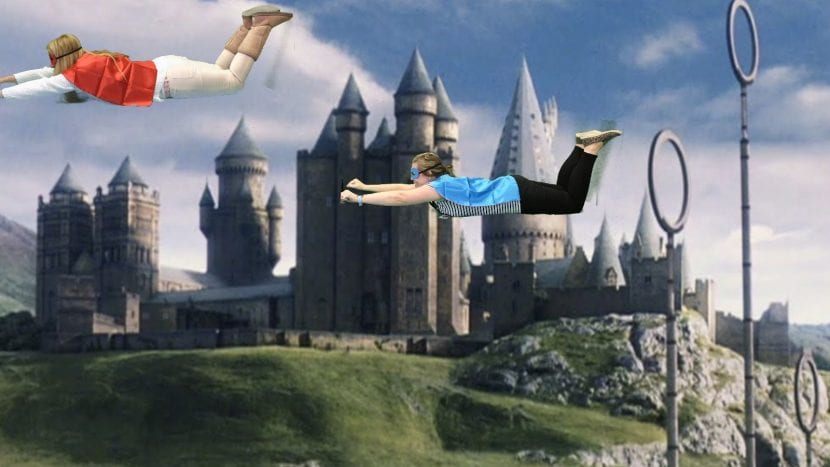 What’s more fun than making an iMovie? How about adding photo editing special effects by using a green screen? What about app smashing? Can you incorporate all of these things? We can! Yup- that’s what we did in our iMovie enrichment class called Porter-Gaud Productions.

Porter-Gaud Productions description for students and parents: Did you ever want to be a Superhero or time through travel? Do you want to learn how to use a green screen in film production? Do you want to learn how to create iMovie Trailers and Movies? If so, this program is definitely for you! Throughout the eight weeks, students will explore the iMovie program, apply the Green Screen app, practice screenwriting and planning, and master video and editing techniques. Activities include script writing and planning, perfecting picture and video taking techniques, being a superhero, time traveling, joining a movie set, creating and producing an iMovie trailer, creating an iMovie film and more! Don’t miss the opportunity to be a part of this new and exciting Enrichment Program!

Day 1: Becoming Photographers Students learned and practiced picture taking techniques. We went outside and first learned about the difference in taking pictures horizontally vs vertically. The students were able to become photographers and see how by just moving a camera 90 degrees that the whole feel of the picture changed. Then, by adding those different versions in programs, the students were able to deduce the best way to take pictures to fit the needs of different situations. They then were introduced to the rule of thirds. Students chose an image and took pictures of that image by applying the rules of thirds. After exploring these techniques, we shared our observations in a wonderful group discussion.

Day 2: iMovie Trailer script writing Students were introduced to the iMovie trailer aspect of the iMovie app. We gave them a task of creating an iMovie trailer with the topic of All About Me. Together we brainstormed topics and ideas that could be part of the trailer. Students then previewed the given themes and chose one that they felt best represented who they were. Finally, they started to write their script. The template for the script is the trailer planner.  PDF iMovie Trailer Planners

Day 3: iMovie Trailer Production This was a working day to design, film and produce their iMovie trailers. Students brought in pictures or items that they wanted to incorporate in their trailers. The entire class was spent on production. (We did take a picture of each student in front of a movie productions backdrop and gave it to them in a photo frame as a keepsake.)

Day 4: Trailer Viewing and Green Screen Exploration The first 15 minutes of class was for viewing some of the completed trailers. We gave the students the opportunity to share their trailers with the group. The rest of the class was for green screen exploration. Students were given the challenge of being a superhero (we provided capes and masks), traveling around the world, being on a movie set, and then whatever else piqued their interest. Each student had to have at least 4 completed green screen pictures. The students used the DoInk Green Screen app along with a green screen background and the camera on the iPad to complete this activity.

Day 5: Trailer Viewing and iMovie Planning The first 15 minutes of class was for finishing viewing the completed trailers. The second half was coming up with an idea for an iMovie. The iMovie theme was centered around adventure and had to be split up into three parts: beginning, middle and end (Introduction, conflict, resolution). The students were given a template that became their script. They drew the basic scenery and wrote underneath about what was going to be said and done. They also noted what technology device was needed. Students were required to use the Green Screen app as part of their movie. This meant some app smashing and using the Green Screen app then saving to photos and then using that within the iMovie app.

Day 6 and Day 7: iMovie Production These two class sessions were for productions. Students took turn filming in front of a green screen as well as using the DoInk Green Screen app and then putting it in the iMovie app. To do this app smashing, the students had to learn how to manipulate the Green Screen app, save the picture or video and then input it in iMovie. The goal of the first class was to finish two of the three segments. The goal of the second class was to finish the third segment as well as edit and tweak the final video.

A few thoughts about Enrichment Classes….

Why offer Enrichment classes? Here are a few reasons…I am sure there are more!

It can challenge students, allow students to go into greater depth with a concept, follow a passion, pursue a topic of interest, grow and develop at a higher level, foster a love of the content, often cross curricular, small group and possible on-on-one instruction.

When to do an Enrichment Class: Students are in school for an average of 8 hours a day with a packed schedule and what appears to be endless content to cover in the curriculum. When is there time for enrichment? Trust me- there is time! Just because the school day ends does not mean the time at school ends for some students. Often, parents have to work and students have to stay at school until they can be picked up. What to do with that time is a question many schools have faced. Can this be time for enrichment programs? What about recess time? Students need to play outside and have a break, right? I am a firm believer that students need a break from academics and just need to play. But what about when it rains? Wouldn’t having students already broken up into enrichment groups be an amazing plan? Do you ever have a block of time that you are looking to fill? What about a half day that seems to be wasted because you have 20 minutes for each class. Why not make it an enrichment day? Do students have a study hall? Why can’t one period a week be enrichment? Be creative and find ways to enhance the learning experience by allowing students to delve deeper into an area in which they are passionate about.